“This is not a study of fish oil supplements, it’s a study of blood omega-3 levels related to diet,” said researcher Dr. Dariush Mozaffarian, an associate professor of epidemiology at the Harvard School of Public Health in Boston. The study doesn’t prove that eating fish will increase longevity, but it does suggest a connection. “Blood levels of omega-3s are related to lower risk of death, especially cardiovascular death,” Mozaffarian said. 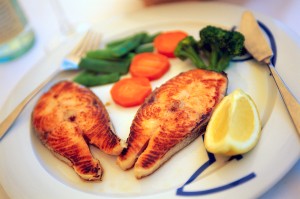 Mozaffarian found that people with the highest levels of omega-3s reduced their overall risk of death from any cause by up to 27% compared to those with the lowest levels. And they had about a 35% lower risk of dying from heart disease. Fish contains heart-healthy protein and fatty acids, and other studies have found diets rich in fish lower the risk of heart disease death. But the effect on death from other causes has not been clear, Mozaffarian said.

Rather than relying on self-reported intake as some other researchers have, Mozaffarian’s team measured actual blood levels of the fatty acids. At the study’s start, the researchers analyzed blood samples, did physical exams and asked about lifestyle. None of the participants, who were 74 years old on average, took omega-3 supplements at the time. During the 16-year follow up, 1,625 people died, including 570 from cardiovascular causes. The higher the omega-3 blood levels, the lower their risk of death during the follow-up, the study found.

Alice Lichtenstein, director and senior scientists at the Cardiovascular Nutrition Laboratory at Tufts University in Boston, emphasized that although the research noted an association, it did not establish a cause-and-effect relationship. “The results of this study support a relationship between higher fish intake and lower risk of total mortality, particularly death from coronary heart disease,” said Lichtenstein, who was not involved in the study. 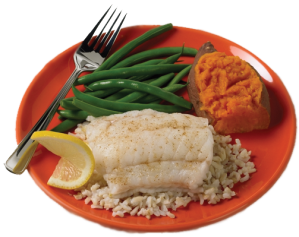 The researchers, however, cannot determine whether the omega-3 levels were directly responsible for the reduced risk of death or simply a marker for a healthier lifestyle, she cautioned. For instance, those who had the highest levels of omega-3 also ate more vegetables and fruit than those in the lower level groups, Lichtenstein said, which suggests that simply taking a fish oil supplement may not produce the same effects.

The American Heart Association recommends eating two 3.5-ounce servings of fatty fish, such as salmon, each week. If you’re currently not a fish eater, don’t despair. “Going from zero to some intake seems to be where you get most of the benefit for your blood levels,” Mozaffarian said. The study was funded primarily by the U.S. National Institutes of Health. Mozaffarian reported funding from Sigma Tau Pharmaceuticals, Pronova BioPharma (now BASF) and GlaxoSmithKline for studies he initiated on omega-3s.