Are you—or your partner—a chronic snorer? Joining a choir or taking singing lessons could help. A UK study found that a program of vocal exercises designed by a singing teacher helped reduce snoring. The clinical trial, by Exeter University and the Royal Devon and Exeter NHS Foundation Trust, showed that the singing exercises, which strengthen certain throat muscles, also alleviated symptoms of obstructive sleep apnea, a condition in which people stop breathing during deep sleep. Snoring and obstructive sleep apnea can result from weak muscles in the soft palate and upper throat (the pharyngeal muscles). Serious singers improve the tone and strength of these muscles by practicing certain vocal exercises.

The study came about because singing teacher Alise Ojay contacted Malcolm Hilton, consultant otolaryngologist at the Exeter hospital and sub dean of the University of Exeter Medical School. Dr. Hilton explains, “Alise told me that one of her pupils had said that, since starting to sing, his snoring had become greatly reduced. So, she devised a singing exercise program to strengthen the throat muscles. I then set up this trial and the results have been really interesting.”

Hilton explains that snoring and obstructive sleep apnea affect millions of people. Snoring may not be a life-threatening condition, but it disrupts lives and sufferers often seek medical advice. Obstructive sleep apnea (OSA), on the other hand, is potentially much more serious. It can cause people to stop breathing during deep sleep, and severely diminish sleep quality. A recent study found that moderate obstructive sleep apnea may raise sudden cardiac death risk. Dr. Hilton says, “It is also believed that OSA may contribute to road accidents and hypertension.”

For the trial, the team recruited 60 chronic snorers and 60 people with mild-to-moderate sleep apnea.

At the end of the trial, the results showed that the daily singing exercises reduced the severity, frequency and loudness of snoring, and improved sleep quality. There were no such changes in the participants who were not asked to do the exercises. Hilton says the exercises were not difficult, and two thirds of the participants asked to do them managed this on most days over the three-month trial. 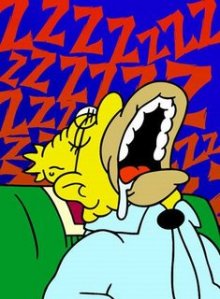 He adds that the findings open up a “whole new avenue” of possible treatments without the need for surgery, which is good news for snorers. “I was open-minded about it. I had no expectations but it was an interesting concept. There is not already a quick-fix treatment for snoring. It is a condition where, if you could find a non-invasive treatment, that would be beneficial.” But Hilton suggests for best results, the exercises should be accompanied by lifestyle changes such as losing weight. Being overweight is the single biggest contributor to snoring.