New research shows that a recently discovered mechanism that removes waste products from the brain is mainly active during sleep. This revelation could transform scientific understanding of what sleep is for, and how it works and offers new directions for brain disease treatments. The team from University of Rochester Medical Center (URMC), write about their findings in an online issue of Science. 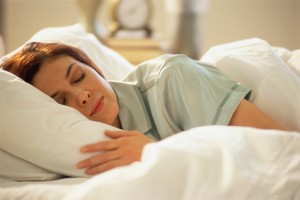 Lead author Dr. Maiken Nedergaard, co-director of URMC’s Center for Translational Neuromedicine, says, “This study shows that the brain has different functional states when asleep and when awake. In fact, the restorative nature of sleep appears to be the result of the active clearance of the by-products of neural activity that accumulate during wakefulness.” The purpose of sleep has puzzled scientists and philosophers for millennia. While more recent research shows sleep can help with storing and consolidating memory, this alone does not balance the huge disadvantages it poses. From a survival point of view, sleep is rife with risk—all creatures are at their most vulnerable during sleep, especially when predators are around. But if sleep has no biological function, then could it just be an evolutionary glitch?

In 2012, Nedergaard and colleagues reported that by using new imaging technology on mice, they had discovered a previously unrecognized system that drains waste from the brain. In a paper published in Science Translational Medicine they dubbed this the “glymphatic system,” because it acts like the body’s lymphatic system but is managed by brain cells known as glial cells. The glymphatic system clears away toxins or waste products that could be responsible for brain disease, such as Alzheimer’s disease and other neurological disorders. 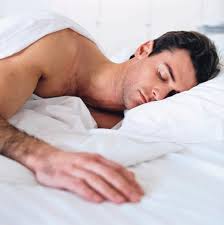 In this study, the team conducted a series of new experiments on mice and found that the glymphatic system is nearly 10 times more active during sleep. They also noted that the sleeping brain removes significantly more amounts of one toxic protein, amyloid-beta, which is implicated in Alzheimer’s disease. Dr. Nedergaard says, “The brain only has limited energy at its disposal and it appears that it must [choose] between two different functional states—awake and aware or asleep and cleaning up. You can think of it like having a house party. You can either entertain the guests or clean up the house, but you can’t really do both at the same time.”

The team also found that during sleep, the brain even undergoes physical changes that allows the system to work faster. Brain cells shrink by 60%, increasing the space between them so the toxins can be flushed away more effectively. Another discovery was that noradrenaline, a brain chemical that is released in bursts to keep the brain alert in response to fear and other stimuli, is less active during sleep, leading the team to suggest that the neurotransmitter may control the expansion and shrinking of brain cells during sleep-wake cycles.

Nedergaard says their findings are important for treating “dirty brain” diseases, such as Alzheimer’s, “Understanding precisely how and when the brain activates the glymphatic system and clears waste is a critical first step in efforts to potentially modulate this system and make it work more efficiently.”

One thought on “Sleep Helps ‘Detox’ Your Brain”