As started by the congressional health education program, Men’s Health Month is celebrated across the country in June. The goal of this national observance is to increase awareness about the preventable health problems in men and promote early detection and treatment of disease among boys and men.
This month gives healthcare providers, friends, family, and the media a chance to encourage men to seek regular medical advice for disease and screenings. See what activities are going on in your community that relate to this month and don’t forget to wear blue on the Friday before Father’s day to support the cause! Check out the list of standard exams:

September is National Cholesterol Education Month.  All Americans are encouraged to find time this month to get blood cholesterol checked and takes steps to learn more about how food and lifestyle choices can effect cholesterol levels.

Statistics. Over 102 million Americans (20 or older) have total cholesterol levels higher than 200mg/dL, which is above healthy levels and puts them at risk for heart disease (CDC).

Facts. Cholesterol is a waxy, fat-like substance that’s found in all cells of the body. Your body needs cholesterol to make hormones, vitamins, and other substances to help digest food. If there is too much cholesterol in the body, it can build up in your arteries putting you at risk for coronary heart disease.

Symptoms. Most people don’t have any symptoms. As a result, many people are unaware that their cholesterol levels are too high. Cholesterol levels can be easily detected through a blood draw and can be controlled through lifestyle changes and/or medications.

Getting Checked. The National Cholesterol Education Program recommends that adults 20 years or older have their cholesterol checked every 5 years. However, preventative guidelines for cholesterol screenings differ among adults especially if you have other risk factors such as obesity, smoking, high blood pressure, diabetes and a family history of coronary heart disease.

Know Your Numbers. The following are considered desirable cholesterol levels according to the CDC.

Surviving BBQ’s can be difficult especially when there are so many unhealthy options to choose from. Try some of the tips below to take control of your eating habits during summer months!

Watch the sauce. Beware! Condiments and marinades can contain a lot of hidden calories. If you don’t have control of the marinade make a conscious effort to control how much of the condiments you are using.  Stay ahead of the game by using this items to watch list.

Skip the chips. Try to choose a healthier alternative as a side instead of items such as potato salad, macaroni salad, or chips. Bringing your own side can offer yourself and others a healthy item to select from.

Stick to one plate. When attending a BBQ it’s easy to go back for more. Try to stick to one plate and follow the USDA plate method where 50% of the plate is a fruit or veggie, 25% is a lean protein and 25% is a starch or grain.

Choose lean meats. We aren’t always going to have the option to choose what type of meat goes on the grill but if you have the choice try a leaner source of meat (meaning less saturated fat) such as pork, chicken or lean ground beef.

Walk it off. Studies show that adults who took a 15– minute walk after every meal improved their blood sugar levels in comparison to those that took one 45 minute walk per day.  – George Washington University School of Public Health and Health Services. 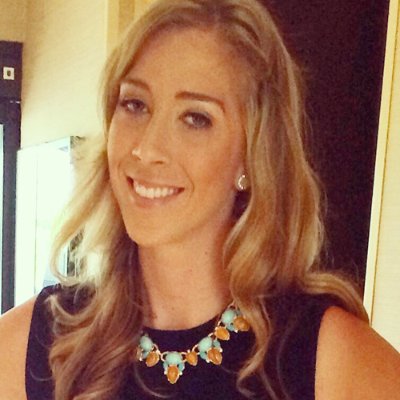 When you see someone smoking, you might question “Why would you do that to yourself when you know it could kill you?” Do you react the same way when you know someone doesn’t exercise? You should.

When I was at a recent medical conference, one of the presenters reminded the audience that research has shown physical inactivity to be as deadly as smoking. I was shocked at this when I first heard it a couple of years ago, but I think I was just as shocked hearing it the second time. My guess is you are too. It’s hard to imagine being inactive could be comparable to smoking, but it is.

You wouldn’t dream of smoking (and if you do smoke, you’re likely trying to quit), so why poison yourself with inactivity? But many of us do. Nearly 80% of us don’t get the recommended amount of exercise. Many experts agree the inactivity epidemic is more concerning than the obesity epidemic.

The benefits of exercise are numerous and irrefutable. It helps prevent heart disease, diabetes, breast and colon cancer, dementia, depression, and more. If you exercise, chances are you’ll live a longer, healthier life. Period.

What’s so powerful about exercise? Take heart disease, for example. Heart disease is associated with inflammation in the body. Exercise is a natural inflammation fighter. When you move, your muscles send out anti-inflammatory chemicals.

Also, every time you get up and move, your blood sugar, cholesterol, and triglycerides improve. When you sit down, they get worse. It’s just about moving more.

If you’re not active now, I’m sure it sounds overwhelming to start an exercise program. The good news is you can see health benefits with even a small amount of activity. Even taking a daily 5 minute walk around the office will improve your health. Slowly build up from there.

Ultimately, you want your goal to be 30 minutes at least 5 days a week of moderate exercise. We’re talking about a brisk walk– hard enough that you can talk comfortably but not able to sing. But take your time getting there. Throw in resistance exercises a couple of days a week, and you’re on track. If you’ve tried exercise before and didn’t lose weight, don’t be discouraged. You are still getting health benefits even if you’re not shedding weight. If you’re overweight but active and fit, you can expect to live as long and healthy as someone who is normal weight and fit. Even if you’re obese, being active helps you live a longer, healthier life than a normal weight person who isn’t active.

Think you’re too old for it to matter? Hardly. Regardless of your age, getting active has enormous benefits even in your 80s and beyond. We’re not just talking about living longer, but living better with a higher quality of life. As British-American anthropologist Ashley Montagu once said, “The idea is to die young as late as possible.”

New research shows that walking boosts creative thinking. In a series of experiments, researchers from Stanford University in California compared levels of creativity in people while they walked with while they sat and found creative output went up by an average of 60% while walking. Many people claim that they come up with their best ideas while walking. Steve Jobs, late co-founder of Apple, used to hold meetings while walking, and Mark Zuckerburg, co-founder of Facebook, has also been doing the same.

Now, a study by Dr. Marily Oppezzo and Daniel Schwartz, a professor at Stanford Graduate School of Education, may explain why. They found that the act of walking itself does the trick—it does not matter whether the walk is indoors or outdoors, it has the same effect in boosting creative inspiration. In one experiment, they found that compared with sitting down, walking indoors on a treadmill facing a blank wall or walking outdoors in the fresh air produced twice as many creative responses.

Dr. Oppezzo says she thought “walking outside would blow everything out of the water, but walking on a treadmill in a small, boring room still had strong results, which surprised me.” She says theirs appears to be the first study to look specifically at the effect of non-aerobic walking on simultaneously generating new ideas, and compare it with sitting. The effect of walking appears to persist for a little while; even if people sat down shortly after a walk, their creative juices continued to flow, the researchers found.

To carry out their four experiments, Dr. Oppezzo and Prof. Schwartz recruited 176 college students and other adults, and had them complete tasks that researchers normally use to measure creative thinking. They placed the participants in various conditions, comparing non-aerobic walking to sitting, indoors and out-doors. When outdoors, for instance, the walkers would walk, and the sitters were pushed in wheelchairs around a pre-determined path on the Stanford campus. The reason for pushing sitters around in wheel-chairs in the out-door parts of experiments was to give them the same visual movement as walking. The participants also underwent different combinations of walking and sitting. For example, there might be two consecutive walking sessions, or two consecutive seated sessions, or a walking session followed by a seated one. The sessions lasted from 5 to 16 minutes, depending on the tasks the participants were asked to complete.

In three of the experiments, the participants undertook tests of their divergent thinking creativity. Diver-gent thinking is where you generate ideas by thinking of lots of possible solutions. For these tests, the participants were asked to think of as many uses as they could for a given object. They were given three objects at a time, and each time, they had 4 minutes to think of as many uses of the three objects as they could. The responses were marked according to novelty (nobody else in the group had thought of it) and appropriateness (for example, it would be unrealistic to suggest a tire could be used as a ring on a finger). In these three experiments, the vast majority of the participants scored higher on divergent thinking creativity while walking than while sitting. In one particular experiment carried out indoors, participants walking on a treadmill scored an average of 60% higher on divergent thinking creativity than when they were sitting.

There was also a fourth experiment that tested a more complex type of creativity. The tester gives the participants prompts to which they have to respond with complex analogies. The more the analogy captures the deep structure of the prompt, the more it scored on high quality. For instance, in response to the prompt “a robbed safe,” a response like “empty wallet” would not score as high on quality as “a soldier suffering from PTSD,” which captures the sense of loss, dysfunction and violation. This experiment found that walking outside resulted in 100% of participants generating at least one high-quality complex analogy, compared with only 50% when sitting indoors.

The study also showed that not all thinking is the same. Divergent, brainstorm thinking is different to convergent thinking that requires single, correct answers. Productive creativity involves a series of steps, from generating ideas to execution, and not all using the same type of thinking process.

To test the effect of walking versus sitting on convergent thinking, the researchers gave the participants word-association exercises. For each exercise, the participants looked at three words, then had to say the word that linked all three. For in-stance, the correct response to “Swiss, cake and cottage” would be “cheese.”

The results showed that when performing this test, walking produced slightly worse scores than sitting. Dr. Oppezzo says the study shows walking appears to benefit the creative steps that involve divergent thinking. Convergent thinking, on the other hand, does not appear to benefit.

Prof. Schwartz says more work is now needed to find the underlying causes, but their findings provide a “very robust paradigm that will allow people to begin manipulations, so they can track down how the body is influencing the mind.” One of the key questions to investigate will be to determine if it is just walking, or any form of mild physical activity, that has this effect on creativity.

Dr. Oppezzo says in the mean-time, “This study is another justification for integrating bouts of physical activity into the day, whether it’s recess at school or turning a meeting at work into a walking one. We’d be healthier, and maybe more innovative for it.” 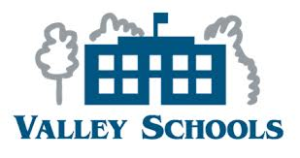